Minjee Lee became just the third Australian woman to own multiple major wins with her victory at Pine Needles — and she did so in record-breaking fashion.

SOUTHERN PINES, NC — Karrie Webb and Jan Stephenson have long been the standard for Australian women’s golfers. With 10 major titles between them, any discussion of greatest golfers from Down Under started — and ended — with the names Webb and Stephenson.

On Sunday afternoon at Pine Needles, that duo became a trio.

Minjee Lee, daughter of Western Australia, won the 77th US Women’s Open in dominant fashion, defeating a field of the best players in the world by four strokes. In doing so, she becomes just the third Aussie woman to own multiple major titles.

“It’s such a great honor just to be amongst those two names,” Lee said. “It’s just really, really special.”

The driving range is a lonely place on Sunday afternoons, and this Sunday in the Carolina Sandhills was no different.

As the pretenders filtered out, and the true contenders arrived, real estate on the back of the Pine Needles range was plentiful. With nearly every competitor already on the course (or on a plane to their next destination), and few fans making the tracks to the far end of the range, players in the last few groups had the place largely to themselves.

Lydia Ko occupied the spot on the far right, striping high draws with the breeze as her caddy and mother watched on. Several paces to her left, Bronte Law prepped for perhaps the most consequential round of her life. With a $10 million purse up for grabs, the Englishwoman was in line for the biggest paycheck of her career.

Further down the range, with a row of empty placards in between, Mina Harigae went through her own warmup. Such as been the case all week, her matte PXG irons made repeated — and satisfying — thuds as she worked her way through the bag. Her caddie, outfitted in red high-top Jordans 1s (perhaps in a nod to Harigae’s self-proclaimed obsession with the brand), watched and encouraged his pro, knowing full well this could be a life-changing day.

Finally, there was Lee, donning a neon green polo with a simple phrase on the back: “Win ​​at all costs.” It was an appropriate reminder considering the stakes. The 54-hole leader arrived to the range last, and left plenty of space between herself and her competition.

It was an appropriate scene — Lee arriving on her own terms and with a huge gap between herself and the competition — because the scoreboard reflected a similar dynamic. There was Lee, and then there was everyone else.

Through 54 holes, Lee had dictated the tempo at Pine Needles. She’d played fearlessly — and, at times, flawlessly — and rewrote the US Women’s Open record book in the process.

Lee needed just 200 strokes to play the first three rounds, the fewest of any competitors in the history of the championship, and just one player was within three shots of her 54-hole lead.

There was Lee, and then there was everyone else.

The theme continued during the final round, and by day’s end, the 26-year-old was hoisting the US Women’s Open trophy.

On Saturday evening, as Lee addressed the media following her third-round 67, she offered a confident, and prescient, answer when asked about her final-round game plan.

“I’m just going to try and make as many birdies as I can,” she said.

She made good on her promise.

After surviving the pre-round jitters, Lee teed up her Srixon on the first tee and ripped driver down the left side of the fairway. Her second swing of the day sent the ball piercing through the eastern breeze, and finished within 30 feet of the flag. Two putts later, her first circle of the day was on the card.

Her second hole was equally fruitful. Fairway, green, jarred putt (a long one this time). Lee’s lead was suddenly up to five as she walked to the 3rd tee box at 15 under.

But on a day when Pine Needles (finally) played like a true US Women’s Open test, the middle portion of Lee’s round was a battle.

Lee, who didn’t have her usual ball-striking moxie Sunday, dropped a shot at the 5th, and another at the 7th. The course played nearly two-and-a-half shots harder on Sunday than it did the day prior, so the miscues were understandable.

But even when the ship was unsteadied, there was nothing that could sink the Aussie. Not a missed green, or a wonky lie in a sandy native area, or a three-putt on the tricky Bermuda greens. More often than not, when Lee found trouble, she escaped unscathed.

“I didn’t hit it that well,” she said. “I had really good saves, up-and-downs from a lot of places … That was enough to get it done today.”

When she stepped onto the 18th tee, her lead was five over her playing partner. The only drama that remained was the question of if Lee could break the US Women’s Open scoring record.

Much has changed about Pine Needles since Sorenstam brought it to its knees. Kyle Franz led a major restoration project in 2017, and this week the course looked a lot like what Donald Ross envisioned when he built the place in the 1920s. Sandy native areas line the fairways, and the bunkers are jagged and scrambled around the edges.

The greens have changed, too. The surface at 18 was a particular focus for Franz and his team. As a part of the project, he extended the back-right portion, connecting two mounds to create one of the most devilish pin locations you’ll ever see.

As fate would have it, that location was in play for the final 18 holes of this Open. To break the scoring record, Lee would have to navigate it — and card no worse than bogey.

Her tee shot could not have been placed in a better spot to access the pin location — left side of the fairway — and her approach landed in the middle of the green. At last, she could take a deep breathe and enjoy the walk.

“I just said to myself, ‘This is pretty amazing,’” Lee said. “This is pretty cool, just looking at the whole crowd and just everybody down the fairways.”

The crowd showered her in praise as she made the final stroll — there were even a few “Aussie Aussie Aussie!” chants — and the sun dipped below the towering pines.

After Harigae tapped in for her par, the stage was set for the coronation. Lee, perhaps as a result of the adrenaline and emotion pumping through her, needed three putts to finish the job, but the result was all the same.

She was a major champion once again, and the US Women’s Open scoring record was hers alone.

“I can’t believe it right now,” Lee said. “It’s been my dream since I was a little girl. It’s the one that I always wanted to win on; now I’ve done it, and just feels amazing.”

With the trophy ceremony complete, and her neon shirt but soaked in champagne, Lee walked into the interview area, trophy in hand. Her smile beamed as she scrolled through her phone and prepared to be peppered with questions.

Karrie Webb had already texted a message congratulating Lee on the win.

Lee’s game had answered many questions over 72 holes in the Sandhills, but at least one question still remains: Had she yet reflected on her special place in her country’s golf history?

“I haven’t been able to even think properly at the moment,” she said.

Here’s one way to think about it: From this day forward, when the subject of greatest Australian women’s golfers is broached, three names will come to mind.

Zephyr Melton is an assistant editor for GOLF.com where he spends his days blogging, producing and editing. Prior to joining the team at GOLF.com, he attended the University of Texas followed by stops with Team USA, the Green Bay Packers and the PGA Tour. He assists on all things instruction and covers amateur and women’s golf. 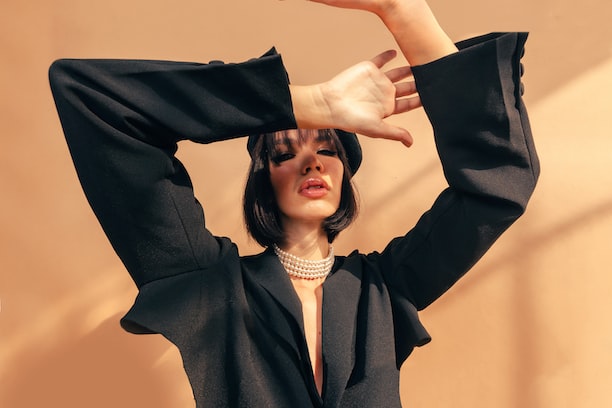 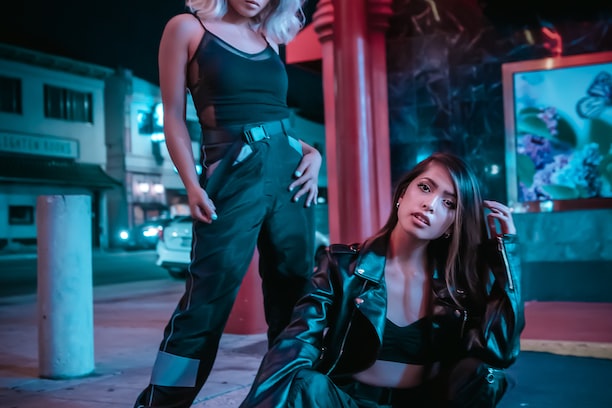